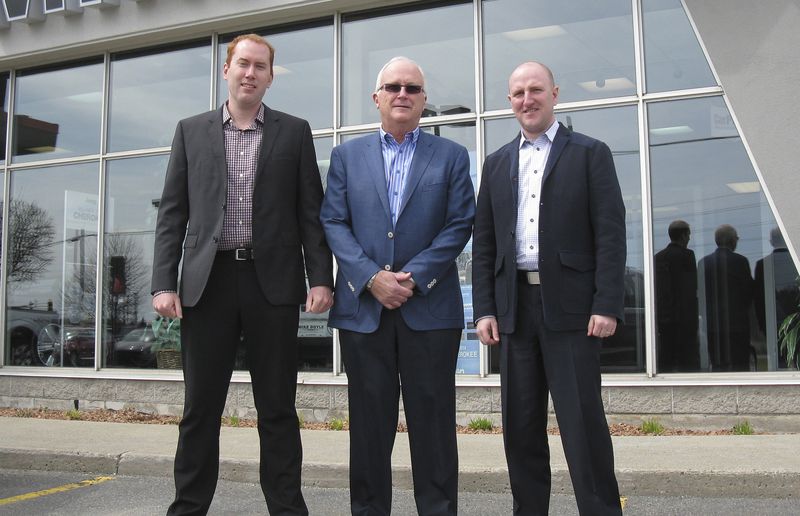 This article, from May 2014, originally appeared in the National Post and on driving.ca.

The northeastern Ontario nickel-producing community of Sudbury had just come through a wartime boom when British immigrant Percy Gardner got the franchise to sell Dodge Brothers cars and opened his dealership in 1921.

Nickel had been discovered in 1883 during blasting to bring the Canadian Pacific Railway through the area and mining quickly joined the existing forest industry as economic drivers.

Shortly after arriving from England in 1907, Gardner was hired by Sudbury lumber baron William Joseph Bell to look after his horses. Four years later, Bell sent Gardner on a six-week course in Detroit followed by two weeks in Toronto to learn everything about cars so he could became his private chauffeur.

Gardner was proud to drive the first new car brought to the area — a four-cylinder model that cost a staggering $6,500. Within a few years, he caught motoring fever and saw an opportunity.

He started Gardner Motors to sell Dodge Brothers cars in a small building on Sudbury’s main thoroughfare in 1921. He prospered and within five years, in 1926, built a dealership with 10,000 square feet on each of three levels interconnected by an internal ramp system.

This was a very modern operation with sales, service and administration on the main floor, the mechanical shop on the basement level and the body and paint shop on the upper floor. White Rose gas was pumped from a covered breezeway attached to the dealership.

Gardner had been joined in the business by his two brothers, but Harold died in the 1940s and Gardner bought out his brother Stan in the 1950s. Gardner’s son Bill took over the dealership in the 1960s.

Current principal dealer Mike Doyle was a 15-year-old high school student in 1965 when he started working alongside his parts manager father Leo Doyle at Gardner Motors.

“That’s when I learned time management because there was no time to waste,” Doyle says, recalling how he would run to work from St. Charles College where he went to school just a few blocks away.

He continued to work at the dealership during his university days and, after graduation, joined the sales team, eventually becoming sales manager and then general manager. He took over the dealership when Bill Gardner passed away after a short illness in 1986.

From a very young age, Doyle recalls the excitement surrounding the annual fall introduction of the new Dodge, DeSoto and Chrysler cars and the new lineup of trucks.

“The cars would come in by rail covered with tarps. The dealership had a separate warehouse where the cars were taken because the cars weren’t allowed to be on the lot before new model announcement day,” he says.

It was all hush-hush, with the cars covered up until the introduction. The secrecy prevailed with showroom windows covered with paper until hoopla and searchlights announced the introduction of the new models with all the town’s dignitaries attending the unveiling.

One car that sticks out in Doyle’s mind was a turbine-powered Chrysler concept car that was touring the country and spent time at Gardner Motors.

“I was only 10 or 11 at that time, but I remember the car was in the showroom and Chrysler engineers wearing lab coats would start it up every hour or so,” he says. “It was really something. There was a lot of pizzazz.’

Then there was the sky blue late ’60s Dodge Charger purchased by a flamboyant miner who had a fistful of money. The car had the 426-cubic-inch Hemi engine rated at 425 horsepower coupled to a close-ratio four-speed transmission.

Chrysler was dominant in the muscle car era, and the Hemi Charger represented the high-water mark for a factory-built street racer.
“The owner was a rough and tough miner who was quite a showman and drove it around town to show it off,” Doyle says. “I don’t know what happened to him and that car.”

“We sold a lot of those,” he says, noting that Ram trucks have traditionally been 40 per cent of his business.
Chrysler acquired American Motors in the mid-’80s and its dealers began selling Jeep products, including the popular Grand Cherokee.

“That became very big for us and still is,” Doyle says.

In 1998, Doyle decided to consolidate his new car sales and service business with its used car division at a separate location some distance away. He sold both properties and constructed the current 27,000-square-foot single-location dealership in the south end of Sudbury next to an existing General Motors store. Since then, his business has grown with the area expanding into a new commercial hub serving the nearby residential community.

At 62, Doyle is ready to pass the torch to the third generation to work at Canada’s oldest Chrysler dealership. His 30-year-old son Brian and sales manager Blake Didone will take over operation of Mike Doyle Dodge Chrysler to maintain a tradition of sales and service of Chrysler products that goes back 93 years.

Being the oldest Chrysler dealership in Canada is a distinction that makes the entire 45-member team at Mike Doyle Dodge Chrysler Jeep proud, and they are looking forward to the next 100 years.