This article is taken from Sudbury.com.   Vicki Gilhula brings us the story of Percy Gardner, chauffeur to the Bell family, who got in early on the ‘horseless carriage’ craze 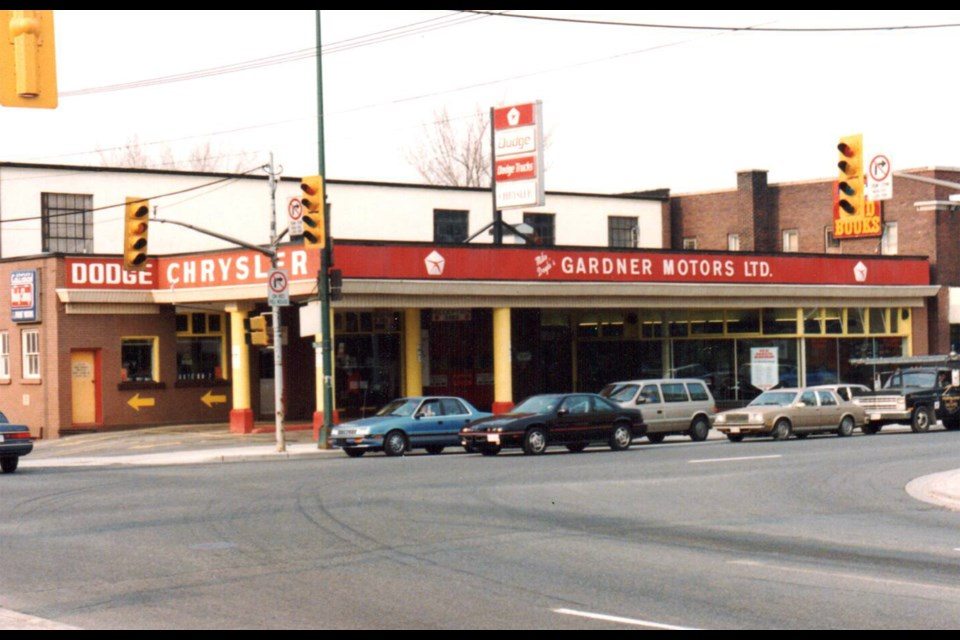 Editor’s Note: Welcome to our first story in a new Sudbury.com story series Then & Now, which highlights interesting stories from Greater Sudbury’s past. Every other week, writer Vicki Gilhula will mine a forgotten corner of the Nickel City’s history.

Lumber baron William Bell caused a sensation when he and his wife, Katherine, drove around town in their new motor car, a luxurious 1911 Packard Model 30, with chauffeur Percy Gardner behind the wheel.

Originally hired to look after the Bells' carriage horses, Gardner took a six-week course in Detroit, followed by two weeks in Toronto, to learn everything about the horseless carriage. Later, he would establish one of the first Dodge dealerships in Canada.

The driving and mechanic skills Gardner acquired as the Bells’ chauffeur served him well on the battlefields of France. In the final days of the First World War, Sgt. Gardner received a military award for his service as an ambulance driver on the Western Front.

After Gardner returned to Sudbury, he opened a Dodge dealership in downtown Sudbury. Gardner Motors, now Doyle Dodge Chrysler Jeep Ram, has been in continuous operation since 1921, and is considered Canada’s oldest Chrysler dealership. (Chrysler purchased Dodge in 1928.)

Business was good during the Roaring ’20s. Gardner expanded his lineup and built a larger building.

According to DoyleDodge.com, in 1928 Gardner opened a 10,000-square-foot dealership on the corner of Elm and Lorne streets.

“This was a modern operation with sales, service and administration on the main floor, the mechanical shop of the basement level and the body and paint shop on the upper floor. White Rose gas was pumped from a covered breezeway attached to the dealership.”

Lucky for Gardner, Sudbury was spared the worst of The Depression years, which started in 1929.  Nickel was in demand in the 1930s and men came from throughout Canada to the city looking for work in the mines.

During the Dirty ’30s, Sudbury was one of the fastest growing cities in Canada and one of the wealthiest.**

In the post-Second World War boom, there was a pent-up demand for new cars that continued into the 1950s.

For a time, Gardner’s brothers joined him in the business. Gardner’s son, Bill, took over the dealership in the 1960s.

Mike Doyle was a 15-year-old St. Charles College student in 1965 when he started working with his dad, the parts manager at Gardner Motors.

After university, Doyle worked his way up to general manager, and in 1986 he purchased the dealership when Bill Gardner died. In 1996, Mike Doyle Dodge Chrysler moved the dealership to the South End.

The distinctive Gardner building is now the headquarters of Dalron Construction. Coffee is now served at Cafe Obscura in the former Gardner showroom, the place where an experimental Chrysler turbine concept car was displayed and attracted car enthusiasts back in 1962.

The Gardner family owned an impressive home on Elizabeth Street, near the Bell Mansion. The home at 438 Elizabeth overlooks Ramsey Lake.

Gardner, born in England in 1887, died in his 95th year in 1981, after living through one of the most progressive centuries in history. He and his wife, Mary, had two children. Bill died in 1986. Marjorie was born in 1921, the same year her father opened his dealership. She inherited his gift of long life and died at the age of 94 in 2015 at St. Gabriel’s Villa in Chelmsford.

Oiva W. Saarinen in his book on Sudbury, “From Meteorite Impact to Constellation City,” records Gardner loved the outdoors and recreation. He was a member of the Sudbury Parks Board and during his tenure, land was acquired from the CPR for Memorial Park. He was also involved in the city’s purchase of land around Ramsey from the Jesuits. The land became part of Bell Park when his former boss donated 1.8 hectares of his land to the city in 1926.

Vicki Gilhula is a freelance writer in Greater Sudbury.